This list of WordPress statistics is crucial for anyone who still isn’t convinced they should pick this CMS for their web design and management.

But first, let’s clear up the basics. What is a CMS?

A CMS, or content management system, is software that helps users create and modify digital content. The most popular one out there is WordPress, a PHP and MySQL-based system that basically everyone on the planet has heard about.

On that note, here are tons of statistics showing why WordPress is so popular:

The latest stats clearly show that WordPress is here to stay, as you will learn from the next infographic.

1. WordPress powers more than a third of the web.

WordPress powers more than a third of the internet. According to the latest blogging statistics, the CMS hosts over 455 million websites worldwide. The platform’s versatility allows massive usage from tiny personal blogs to industry powerhouse websites (Forbes, The New Yorker, etc.).

One of the most compelling WordPress facts is that it owes a great deal of its success to its user-friendliness. Even beginners can easily create their own blog or store—or nearly any other type of website. A market share of 64.1% means that 39.8% of all websites worldwide use it, with the United States, United Kingdom, and Russia as the top users. All of these combine to make the WordPress market share ten times larger than the next closest CMS.

WordPress trends show that it takes the fourth spot among the most visited websites in the US. Google, Facebook, and Amazon are the three sites that are ahead of WordPress in unique monthly visits.

5. There are over 24.8 million live WordPress sites.

WordPress is the most popular CMS in the US, the UK, and Russia. Some proof of this claim is the number of WordPress sites reaching almost 25 million, and the 318,828 WordPress sites within the top one million list. The most popular websites built on this platform include TechCrunch, Beyoncé, Microsoft News Center, and those listed in our first stat.

WordPress stats show numbers that the majority of social media platforms dream of. The number of pages viewed monthly is estimated to be over 15.5 billion. The average number of monthly viewed WordPress pages in 2007 was 130 million. Now, it’s a whopping 409 million.

According to the latest WordPress usage statistics, its users publish almost 42 million posts, with over 60 million comments every month. And this number doesn’t even include spam comments, which can amount to over 132 million monthly.

8. There are more than 1.1 million new WordPress domains every 6 months.

WordPress’s usage and popularity are still on a steady incline, even though the content management system has been around since 2003. With more than a million new domains registered every six months, WordPress is by far the top CMS out there.

If you’re asking how much of the internet is WordPress, there goes the answer. It’s understandable why it’s the top choice among all CMSs. With over 50,000 plugins, among its best features, one can never go wrong in understanding why it dominates the web.

10. The latest version of WordPress has been downloaded almost 14 million times.

Looking at the live counter available at WordPress.org, we can see how rapidly the latest version of WordPress is being downloaded. Released only in December 2020, WordPress 5.6 “Simone” is quickly gaining popularity, just as much as its predecessors. At the time of writing, the displayed WordPress stats show the number of downloads sitting at 44,616,534.

WordPress works hard to ensure that any potential issues their users run into can be easily fixed with a plugin. With more than 58,000 plugins in their database, there’s more than enough for any idea that comes to mind. However, WordPress usage of plugins indicates that the number of obsolete plugins in the directory is vast, so be mindful about what you download.

12. The All-in-One SEO plugin for WordPress has been downloaded over 74 million times.

Downloaded more than 74 million times since its release in 2007, All in One SEO is one of the most popular plugins WordPress has to offer. WooCommerce is the most widely used eCommerce plugin. According to recent WooCommerce stats, the plugin has recorded over 86.3 million downloads so far.

13. The most popular WordPress theme has earned more than $30 million.

Avada, the most popular theme on ThemeForest, has been sold to more than 600,000 WordPress users. Priced at $60, we can easily calculate that the revenue this theme has brought in exceeds $36 million. In case $60 is too steep for you and you require more personalization for your WordPress usage, more than 5,800 free themes are available to choose from.

Most people expect Matt Mullenweg, WordPress’s founder, to be the organization’s CEO. He even created a non-profit organization called WordPress foundation to protect the freedom of its open-source license. WordPress’s initial release in May 2003 was a long time ago. However, no matter how long has WordPress been around, it didn’t officially fill the top position back then, and it still hasn’t. Instead, volunteer developers from around the globe run the project.

Casual conferences, or WordCamps, are held in various parts of the world, to bring WordPress together and teach people how to use the CMS more effectively. So far, 1,074 WordCamps, in 368 cities and 65 countries in six continents, have been organized by local WordPress communities. So, creating amazing WordPress sites isn’t the only thing developers in the WordPress community care about.

Matt Mullenweg organized the first WordCamp 13 years ago. Much like today, all the speakers were volunteers. A decade later, a record-breaking camp was held in Europe, when 1,900 people from 79 countries showed up, as the WordPress statistics from 2018 showed.

17. All the major WordPress releases were named after jazz musicians.

Ever since version 1.0 hit the web in January 2003, WordPress developers showed their love of jazz music by naming the critical releases after the famous musicians of this genre. Miles Davis, Ella Fitzgerald, and Chet Baker are just some of them. Nina Simone is the inspiration behind the name for the latest version of WordPress—WordPress 5.6 Simone.

18. WordPress is available in 205 languages.

According to the latest WordPress statistics, you can now build your own website in one of its 205 languages. And if your preferred language isn’t available, plugins like Weglot expand the language list to over a hundred different options.

19. 71% of WordPress’s published pages use English in their content.

Although WordPress has more than 200 languages, most of its users prefer to use English in their content, as blogging stats point out. The second most commonly used language is Spanish (4.7%), followed by Indonesian (2.4%), and Portuguese (2.3%). Languages such as French, Russian, and German are used far less, their usage sitting between 1% and 1.5%.

According to Payscale.com, a WordPress developer earns $9,000 more per year than your average web designer. They also earn a smidge more than most web developers. The typical cost of a WordPress site is anywhere between $3,000 and $15,000, depending on your needs. WordPress site stats list examples of websites costing up to $100,000.

21. 25% of WordPress users make a full-time living off of the platform.

If you know how to pick the right product, you can always make money with WordPress. Statistics show that WordPress is the primary source of income for a quarter of the platform’s users.

22. 243,161 freelance projects related to WordPress were completed on Freelancer.com in early 2015.

According to WordPress stats and data, 2014 was the year WordPress really took off. By the time 2015 came around, over $60.5 million worth of WordPress projects were completed on Freelancer.com. At the time, WordPress was the most desirable and requested skill on the freelancing platform.

23. WordPress was used to guide a missile (well, sort of).

In the TV series Strike Back, code from WordPress’s post.js file was used for “missile guidance.” After noticing the peculiarity, coders implemented a line that reads “weapon locked” into the original file.

24. Educational institutions, governments, and celebrities use WordPress too.

The WordPress.com stats proudly present a list of WordPress users that includes Cornell University, Harvard Blogs, the official website of Sweden, Jay-Z, Kobe Bryant, and others. All of these entities and personalities have decided to use the world’s most popular CMS.

25. The official WordPress support forum has over 2 million topics.

The official WordPress support forum covers more than 2 million topics, based on the latest WordPress site stats. Regardless of how new you are to the world of web design, you can find a solution to any issue you run into. According to the latest live chat statistics, 71% of customers prefer to use live chat, and WordPress recognizes the importance of offering live chat support. However, this type of support is only available to the platform’s paying customers.

WordPress Statistics for 2021: Security and Safety

WordPress considers security a top priority. That said, Google blacklists over 10,000 websites daily due to security issues. Around 50,000 of them are blacklisted weekly because of phishing. The rest are put out of commission, due to malware issues, as confirmed by statistics on WordPress.

27. Only 23% of WordPress users have installed the latest version.

Although WordPress keeps encouraging users to install the latest version, not even a third of them bother to update the software to the latest one available. This doesn’t just put their sites at a disadvantage with competitors, but it also presents a huge security risk.

28. 39% of hacked WordPress websites ran on outdated versions of the CMS.

This percentage demonstrates just how dangerous it can be to run an old version of the software. WordPress user statistics suggest that new updates cover most bugs found in the previous versions, increasing users’ security immensely.

29. 98% of WordPress vulnerabilities are due to plugins.

According to a study, the biggest threats to WordPress security are plugins. Another study discovered that 95% of vulnerabilities were due to both plugins and themes. What’s even more shocking is that the top 10 plugins with the most vulnerabilities have two eCommerce plugins and two security plugins, as per recent WordPress statistics. Therefore, proper research before installing a theme or a plugin is crucial.

The notorious Panama papers leak, perhaps the most critical data breach in history, can be attributed to poor plugin choices. The WP SMTP plugin—which stored email server addresses and login info in plain text in the WordPress database—was to blame for the leak, which included more than 4.8 million emails.

Without WordPress, easy-to-use website builders such as Wix and Squarespace wouldn’t exist today. However, there’s a reason why WordPress is still king in the CMS game. The WordPress statistics listed above show just how prominent its use is today, 18 years after its inception. More than that, they clearly show that it’s here to stay.

How many WordPress themes are there?

According to WordPress statistics for 2021, there are currently 3,098 WordPress themes available on WordPress Theme Directory. With so many options, one may find it exhausting to find the right theme for their website. It’s a good thing that you can use an advanced search feature to find a suitable theme.

What percentage of websites use WordPress?

The current percentage of websites using WordPress is 32%, and the number still keeps growing. What’s even more astounding is that WordPress accounts for 59% of all CMS-built websites.

How many people use WordPress?

At least 409 people view over 15.5 billion WordPress pages each month, with users publishing 41.7 new posts month after month. You can only imagine how many people use WordPress, depending on your definition of WordPress usage.

How many WordPress sites are there?

As mentioned above, WordPress hosts over 455 million websites, including 24.8 million live sites. Essentially, WordPress powers a third of the web, as it earned its much-deserved popularity in its almost two decades of existence. What’s more, a lot of these websites come with pretty cheap WordPress hosting solutions too.

How long has WordPress been around?

WordPress has been around since May 27, 2003. Since then, there have been a total of 484 versions to date. This includes 42 major updates, with the latest being WordPress 5.6 Simone.

What Is the Difference Between HTTP and HTTPS?

How to Host a Website: Everything You Need to Know 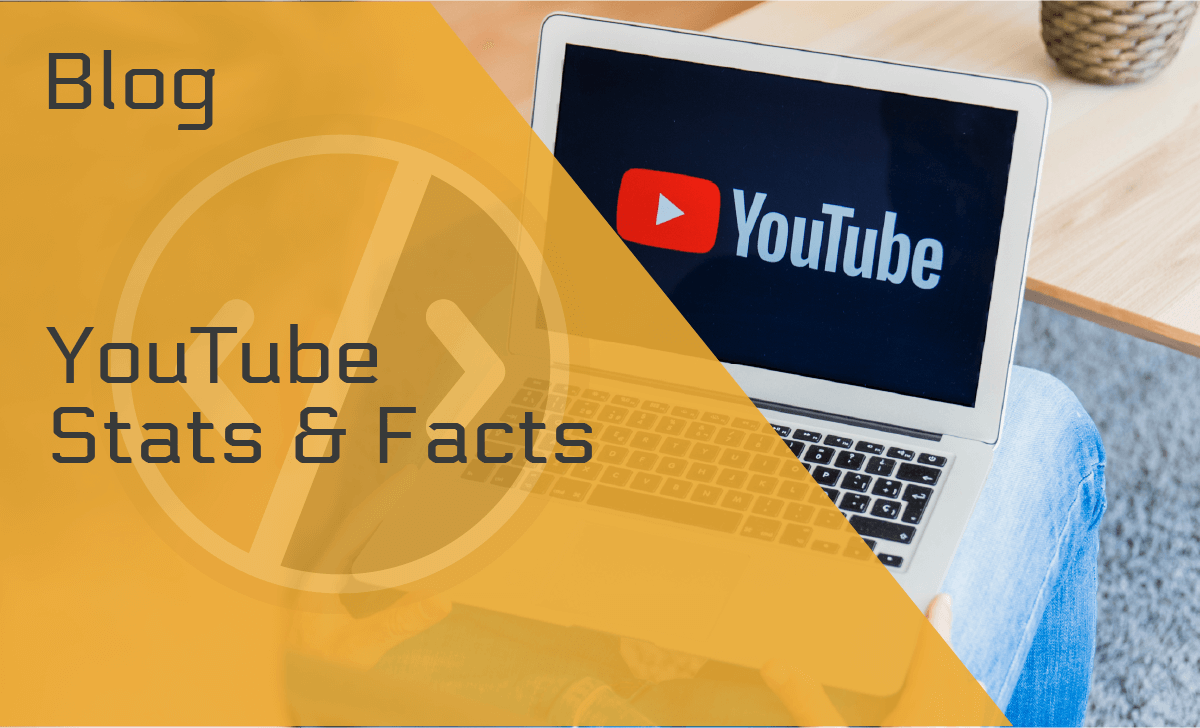