The Drupal project was launched in 2000. And now, after nearly two decades in the industry, it boasts of over 42,650 modules and 2,900 themes. Today, Drupal is the third most popular content management system (CMS) by market share. Being in the market longer than WordPress, Drupal has a vibrant community responsible for its growth.

And why have we collected these Drupal statistics? In an industry saturated with healthy competition, one of the most frequently asked questions by website owners, developers, community members, and individuals and organizations looking to build high-performance websites are: Where is the place of Drupal in the CMS industry? How does it differentiate from WordPress, Joomla, Magento, Squarespace, and similar options? How responsive, secure, and popular are its products?

We try to answer these questions and many more by providing you with the latest Drupal usage statistics and useful facts while comparing the software with the seemingly unrivaled CMS champion—WordPress.

To learn more about it, take a look at the additional stats and facts we’ve illustrated in our infographic.

Drupal is a modular framework and CMS written in PHP. It lets you create and organize content, manipulate appearance, automate administrative tasks, and set permissions and roles for users and contributors.

It is operating system-independent. However, it requires a PHP-compliant HTTP server such as Apache Server and a database server such as MySQL for its operation.

The Drupal framework is commonly described as a Content Management Framework because, in addition to providing the basic functionality of a CMS, it also implements a series of robust application programming interfaces and features a modular structure that facilitates the development of extensive modules. This feature is so striking that the Drupal community of developers is very expressive.

Being a dynamic platform, Drupal has quite a lot of features such as CMS, blogs, discussion-based software, and collaborative tools all in one package that’s free to install and easy to use. By enabling and configuring discrete modules, an administrator can develop a unique Drupal-based website that can be used for a combination of knowledge management, web publishing, and community interaction.

Now, we’ll unleash the stats that show just how colossal Drupal is becoming in the world of CMS, despite the presence of bigger fishes such as Joomla, WordPress, and the likes.

Drupal is available in English, Portuguese, Spanish, Hebrew, Japanese, Burmese, German, Greek, French, Filipino, Chinese, and dozens of more languages. Seeing that the platform has more than 100,000 active contributors, the community has amassed over 6.9 million comments.

One of the unique features of Drupal is that it is community-driven. And according to stats, it boasts a large open-source community of about 106,000 active users.

It’s hard to find out the exact number of its extensions, as there are over 40,000 free Drupal modules available for download. Most of these were built by developers in various Drupal communities.

4. Around 1.5% of all websites on the Internet run on Drupal.

WordPress is the most popular CMS. It powers about 32% of all websites on the net. Meanwhile, Drupal is reputed to be a more advanced CMS, almost exclusively for developers and specially designed to create a highly personalized and/or complex website. According to Drupal statistics, it is responsible for only 1.5% of all websites as of January 2021. For this reason, compared to WordPress, Drupal is not that popular. On the other hand, Magento powers 1.2% of all websites, making it a dark horse to Drupal, but definitely not from WordPress.

5. According to the latest Drupal trends, there are over 1.3 million users on Drupal.org.

Drupal is the world’s strongest enterprise-class CMS. The platform is developed by over 46,000 people of over 1.3 million registered community members.

6. More than 1 million sites are running on Drupal.

According to CMS sites stats, WordPress is the undisputed king of the CMS, with a 60.4% market share. Shopify comes next with 5.2%, Squarespace with 2.5%, and then Drupal and Wix, both with a 2.4% market share.

WordPress has over 318 thousand sites in the top 1M. Joomla has over 18 thousand. However, of the first 1,000,000 sites on the Internet, more than 31 thousand are built with Drupal. This amounts to 3.1% of the total number of websites within this scope.

Being a platform with high performance, security, a good number of themes and modules, many of which are free, Drupal has a satisfaction score of 97%, one of the highest in the industry. This is one of the most important facts about Drupal to be aware of when choosing a CMS.

Google Analytics is a web stat tracking tool that has been found useful by site owners on Drupal. According to this stat, more than 33% (equalling around 400,000) of Drupal sites use this tool. Drupal Google Analytics helps add the web tracking system to your website.

Chaos is the module with the highest number of installations on Drupal. Developers use the Chaos tool suite to make codes readily available. Meanwhile, for other modules to work perfectly, you have to install the Chaos module.

While Drupal modules have been downloaded 250 million times, more than 40,000 modules can be downloaded from the Internet. This implies that each Drupal module sees as many as 6,468 downloads. Chaos Tool Suite alone has seen more than 11 million downloads, with 847,140 sites reported using the module.

Over the years, Drupal became known as one of the safest CMSs available. Until recently, it was the platform for the White House and other US government websites. So you know that it has excellent security standards. However, the Trump administration moved the Drupal-based website to WordPress in 2017. Today, fewer websites are running on Drupal, and it has a smaller market for themes and modules, making it less vulnerable to hacker attacks.

14. Drupal comes from the Dutch word “druppel” which means “drop.”

According to Drupal fun facts, the name originated as Breeder Dries Buytaert thought of raindrops as the site’s name and logo. However, Dries actually wanted the word “dorp” (“village” in Dutch), went looking for the domain, and typed it wrong. But he thought it sounded even better. By the way, the blue drop-shaped mascot is called Druplicon.

According to Drupal statistics from Glassdoor, a Drupal developer earns around $89,561 per annum on average.

In 2014, the Drupal software fell prey to a fierce attack due to a bug. According to the BBC, more than 12 million websites, including government-owned sites, were affected. Today, about 10.1% of Drupal sites are still vulnerable to a bug known as Drupalgeddon.

When comparing Drupal and WordPress, we found several crucial differences. WordPress is usually a CMS that beginners can learn quickly thanks to its ease of use, while Drupal is a more complicated software that requires some experience.

However, Drupal can help produce high-performance and fast-loading websites. The main reason for this is that it does not require many resources. CMS usage statistics show this fact allows ultra-fast communication with the server and faster response speeds. Besides, this makes it better equipped to handle websites that have thousands of pages. So which CMS fares better in the market between these two?

17. Drupal is older than WordPress.

WordPress contains a large community that offers invaluable support in many of the fields that a project requires, which makes this CMS always in constant growth and improvement. However, as per one of the lesser-known facts about Drupal, it has existed for a longer time (since 2000) than WordPress, which only came about on May 27, 2003, according to WordPress statistics. The Drupal CMS is used by several important websites, including The Economist, NASA, and other important portals that we can see on the Internet.

18. Drupal and WordPress cover more than 60% of the CMS market.

Drupal and WordPress are two of the major contenders in the world of CMS. According to CMS usage statistics, together they cover more than 60% of the market. Individually, WordPress has a 64.1% market share, while Drupal has 2.4%, as of writing time. Shopify takes second place at 5.2%, while Joomla’s piece of the CMS pie is 3.5%. These three content management systems account for two-thirds of CMS-powered websites.

According to WordPress usage statistics retrieved from the official repository of themes on wordpress.org, there are more than 3,900 themes that are free and ready to be downloaded with a wide variety of options to navigate and find the perfect one for your website.

Drupal is not far behind with the offer of themes. There are more than 2,700 themes to download, based on Drupal statistics from its website. Some of these options are quite powerful and have some flexibility, such as the Bootstrap or Zurb Foundation frameworks’ inclusion.

Drupal is an open-source tool. However, the fact that it is a free tool does not mean that development is free. Unless you are an experienced Drupal website builder or developer, it is almost certain that you will have to pay someone a significant amount to create your website in Drupal due to its complexity.

Of course, you can always try to do it yourself, but in that case, be prepared to spend a fair amount of hours learning everything you need if you are not willing to outsource to one of the top web design agencies. There’s something else you should keep in mind if you decide to create a website with Drupal. When a new version of Drupal comes out, and you want to update it, unlike WordPress, websites built with Drupal are not compatible with previous versions.

As these Drupal statistics have shown, Drupal is a solid CMS. It is equipped with many functions from the moment of installation and is optimized for performance and safety. It is very flexible but has a rather pronounced learning curve.

How Big is the Ecommerce Market? Cheap Dedicated Servers How Many Cryptocurrencies Are There? Accounting Software for Small Business 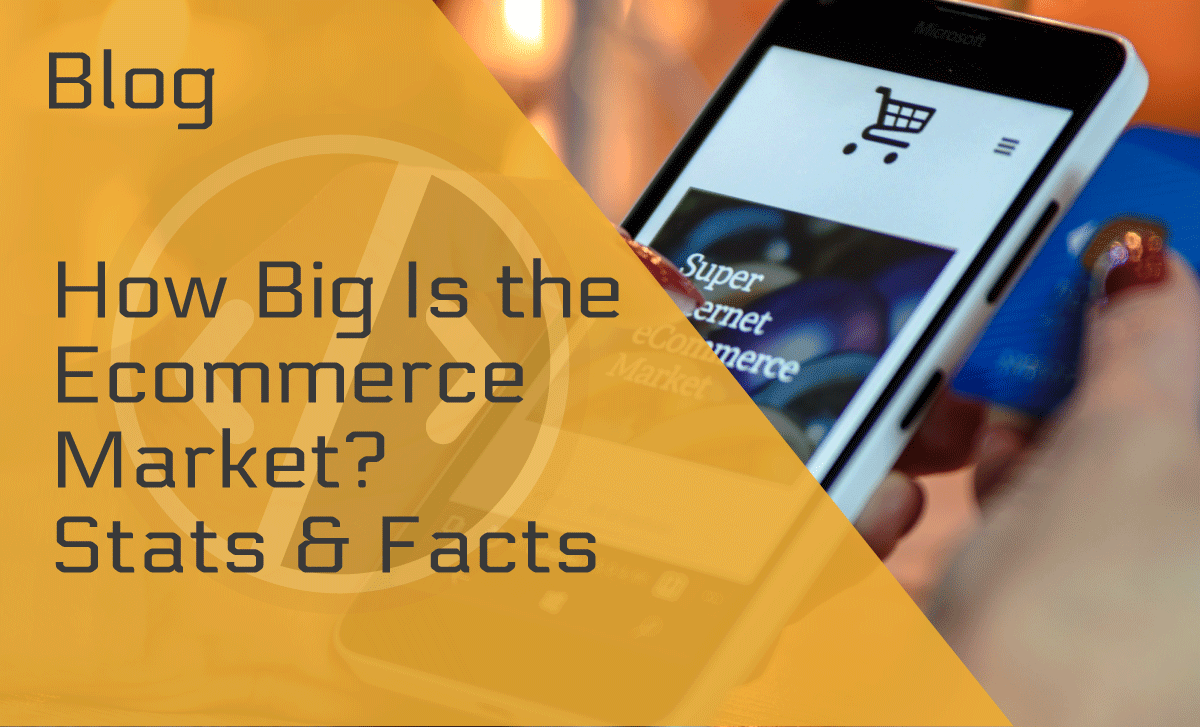 How Big is the Ecommerce Market?

How Many Businesses Have Closed Due to Covid-19?

22 Little-Known Discord Statistics to Keep In Mind in 2022

How Many Google Searches Per Day are There?

Behind the Scenes of Amazon: 23 Ultimate Amazon Statistics

How to Launch a Website — A Powerful Guide for Beginners