Offering beautiful design, robustness, and cutting edge technology, the open-source e-commerce platform Magento has been the market leader for six consecutive years, according to Magento statistics. In a sphere that doesn’t lack competition with the likes of giants such as Shopify, WooCommerce, Prestashop, and many others, the teeming population of e-commerce store owners have never been spoilt for choice.

Let’s bring to the fore the amazing statistics and facts about what this platform has been able to achieve in a little over a decade since its establishment.

There are a ton more interesting facts about Magento in this infographic. So, if you are interested in finding out more about it, just scroll down!

A list of the most popular or powerful e-commerce solutions on the Internet without Magento is incomplete. These stats will help us understand how Magento is important in the business of selling online. Here are fascinating stats for you:

1. There are over 250,000 merchants who choose Magento for their business.

How many websites use Magento? Magento has a client base of more than 250,000 businesses, according to official information. However, that’s a fraction if we have to compare the number with that of WooCommerce, which is currently being used by nearly 4 million e-commerce platforms. Meanwhile, there are 820,000 sellers on Shopify, the latest Shopify statistics show.

According to various blogging stats, around 57% of the websites on the Internet use a CMS. Among these sites, Magneto has a market share of 1.4%. That’s 1% lower than Shopify’s which has a 2.4% share of the market.

3. Magento currently powers 0.8% of sites on the Internet.

There are 1.5 billion websites on the Internet, only 200 million of which are considered active. So, among these, 0.8% are powered by Magento. This gives us an idea about how much of the Internet is Magento. This is really an impressive number when we have to consider that Magento is an e-commerce-niche specific software, unlike WordPress, which, according to WordPress statistics, powers 35.2% of the Internet.

4. Magento currently ranks 2nd in the list of the most popular e-commerce software.

If we look at the most popular e-commerce software battle of Magento vs Shopify vs WooCommerce – Magento actually beats Shopify, with WooCommerce occupying the top spot. Currently, Magento powers 12% of the e-commerce world, which includes the enterprise and open-source versions. While WooCommerce powers a little more with 18%, Shopify currently accounts for 8%. Other popular ones that can be used also include Wix and Squarespace website builder.

5. Magento handles more than $155 billion in gross merchandise every year.

Magento, without a doubt, is currently one of the foremost open-source CMS for electronic commerce in the world. This platform handles more than $155 billion transactions each year. Now is the time to have a good slice of the cake!

6. 9.5% of all Magento websites are in the United States.

The biggest number of Magento users around the world is in the United States. However, according to Magento usage statistics, the demographics of users by country are spread around the world. It is very popular in West Europe and also used in India, Africa, South America, and Russia.

Data from the popular web profiler site, Built With, reveals that the total number of Magento sites almost doubled around March 2017 to August 2018. During this time, Magento is said to be powering 28% of sites on the web as well.

Unlike WooCommerce, which according to WooCommerce stats is used by over 3.8 million websites, Magento is not suitable for users who are not savvy with technology. But it is a favorite for developers. Thanks to the efficient technology it offers, there are more than 150,000 developers using Magento around the world, Magento statistics show.

Some of the basic features Magento offers that makes it a developers’ favorite are the integration with Google Analytics, RD Station, among other tools to give you feedback on the life of your e-commerce store, allowing you to measure your advertising and access ROI.

The most popular e-commerce platforms are without doubt WooCommerce and then Magento. When it comes to sites in the top 1 million rankings by Alexa, WooCommerce has 31% while Magento has 18%, which translates to 14,500 – the number of Magento sites ranking in the top 1,000,000 sites by Alexa.

E-commerce statistics reveal that US consumers are willing to spend $922 on a single purchase. Now, do you still wonder how 250,000 merchants on Magento make more than $155 billion every year? That’s because an average buyer on the platform buys big.

Caught up in the Magento vs Shopify drama, the platforms offer customers a wide range of themes to choose from. The themes of Shopify are between 0 and 180 USD and those of Magento, between 0 and 200 USD. Shopify templates have clean, fault-free code and all contain a responsive design. However, Magento is an open-source community so make sure you are buying the theme of a professional designer and that it adapt to mobile browsing correctly, as 61% of users would not return to a site they had problems accessing the latest mobile marketing statistics show.

According to the available Magento statistics, there are more than 5,000 plugins and apps available for the 250,000+ current and prospective Magento merchants. Many of these extensions are free of charge. For the premium extensions, the prices start from around $50.

13. 46% of consumers who shop on Magento-powered sites gain access through a mobile device.

It’s understandable that the world is going increasingly digital.  While an average consumer makes his researches and checks for the product reviews via mobile devices, according to e-commerce blog stats, 46% of shoppers on Magento sites make their transactions on mobile devices.

Fascinating Magento Stats and Facts from Its Short History

Launched in 2007, the same year YouTube rolled out its first advertisements, Magento had already achieved market leadership in 2009, surpassing osCommerce and definitely changing the e-commerce scenery in the world market. Magento’s leadership can be explained by the adhesion of retailers of different sizes, as well as its large online programming community, which is a determining factor for new fans.

Magento used to be much larger in its early days. In its free version in 2012 had a 26.2% market share, according to aheadWorks Magento usage statistics. Among the top 20 existing platforms, it captured 1⁄4 of the world’s e-commerce. If we consider paid versions of Magento, it had almost 1⁄3 of the market conquered – 31.4% of online stores.

In second place was Zen Cart, with 13%, and in third place, Virtuemart, with 12.1%. The three largest e-commerce platform companies accounted for over 50% of stores. The fall in osCommerce has been increasingly visible since 2011. The oldest player in the market lost the lead and came in fifth with 7.7% behind PrestaShop, which appeared with 10.8% of sites, according to aheadWorks Magento website stats.

16. Magento was the leading platform in 2013, covering more than 26% of online stores in Alexa’s Top 1M websites.

Magento is an open-source platform, so we can adapt it to any customization your business requires. During this year, Magento led the e-commerce platform according to the Gartner quadrant. It covered more than 26% of the online stores that are in Alexa’s TOP 1M, according to Magento statistics.

17. After just 5 years of operations, Magento had big online stores of major brands in their client base.

With only 5 years of experience as of 2012, Magento had already become the market leader. It became the platform used by small e-commerce and official online stores of major brands such as Adidas, Nike, Nestlé, Christian Louboutin, and many others.

From 26% in 2013 to 14% in 2016 and 9% in 2019, how much more will Magento’s market share dip? In 2016, there were amazing Magento sites owned by major brands such as Ford, Samsung, and Olympus and yet Magento covered approximately only 14% of the e-commerce platform scene. On the heels was Shopify Plus, the fastest growing platform worldwide in the year 2016.

Formerly owned by the American retail giant eBay, Magento was in 2018 acquired by Adobe in its most recent push to enter the digital marketing industry. It’s however still left to be seen how Adobe and Magento’s partnership will influence e-commerce generally. But the deal is sure to benefit Magento and its large user base.

The Battle of E-Commerce Heavyweights: Magento vs Shopify vs WooCommerce

Magento statistics have also shown who leads in the e-commerce market as of April 2019. While WooCommerce is the undisputed king of the e-commerce platforms with 26%, Magento maintains firm control of 24.8% of the market. Meanwhile, Shopify comes 4th after Pestashop with a distant 9%. Not much of a competition between this duo there!

According to the e-commerce market share chart for the top 1 million sites on the Internet, Shopify (18%) leads Magento (12%). Meanwhile, WooCommerce maintains the overall lead with 21%.

WooCommerce is widely regarded as the king of everything that is e-commerce. However, in this aspect, it looks like it falls a bit behind Magento if these Magento stats are anything to go by. While WooCommerce and Shopify score 98 from a possible score of 100, Magento, however, scores a perfect 100 out of 100 when it comes to search engine optimization, according to Pixel Crayons. Among these three, Magento is the most preferred because it is highly built for SEO and also features high SEO functionalities.

This may not be a parameter to find out which is best between Shopify and Magento, but it shows the current market strengths of the two platforms. Shopify has top payment gateways such as Shopify Payments, Stripe, PayPal, Amazon Payment, Klarna, Sage Pay, etc. Meanwhile, Magento also has plenty of payment gateways such as PayPal, Autborize.net, Amazon Payment, 2Checkout, Braintree, Cybersource, Skrill, World Pay, Klarna, Quick Pay, Sage Pay, PayZa, and Secure Pay.

24. Shopify has 24/7 customer support while Magento has none.

What is the best CMS in terms of customer service between Magento and Shopify? While Shopify has an impressive 24/7 customer service, there is nothing like customer support on Magento. The customer representatives on Shopify are reachable via email, live chat, and phone. However, the Magento platform has a strong community of developers whom you can ask questions or find answers from FAQs.

If you are planning to build an online store, know someone who is, or are going to work on a project that involves selling online, you have to know that Magento is considered one of the best e-commerce platforms available today.

Obviously, every project has its peculiarities and demands so we’re not defining your choice. After all, there are several e-commerce platforms in the market besides regular site builders. However, this software is an open-source platform which has an engaged community and collaborates to improve and make the platform increasingly more secure, fast, and stable.

In the face of the findings from these Magento statistics, to be sure, surround yourself with people who can generate accurate and informed guidance before making any hasty decision outside of strategic planning, to avoid unnecessary costs with structures which are unable to meet your model. 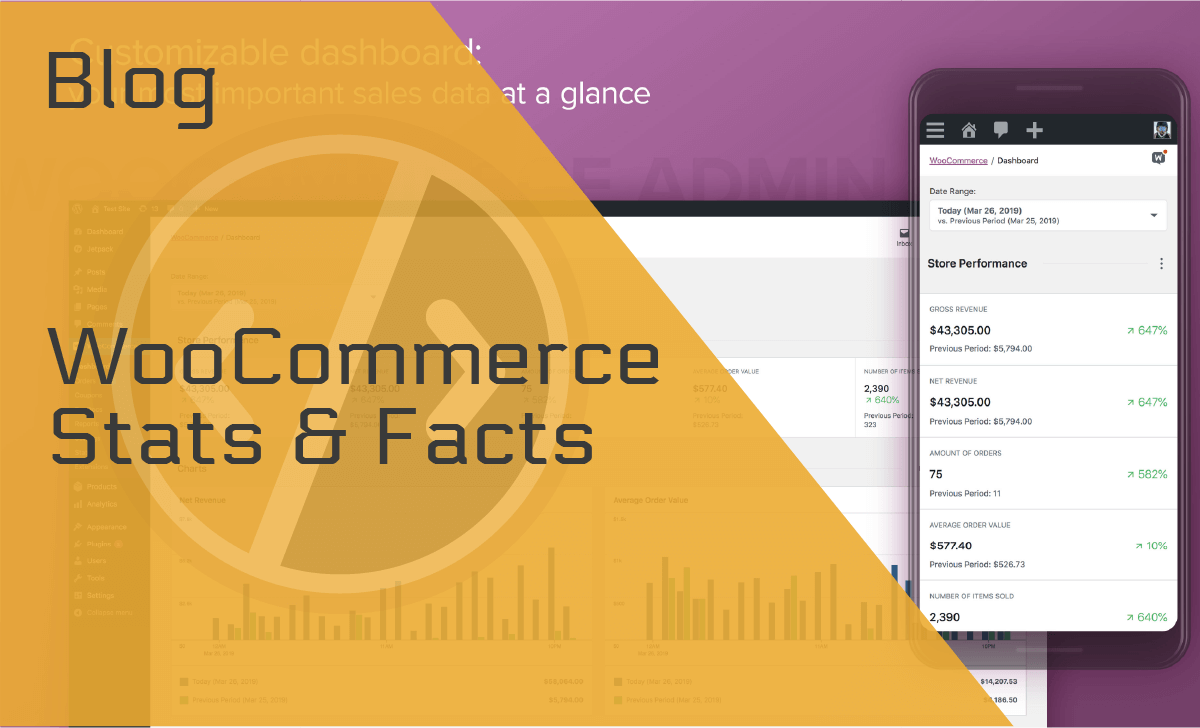 69 Crazy WooCommerce Stats & Facts You Should Know in 2020 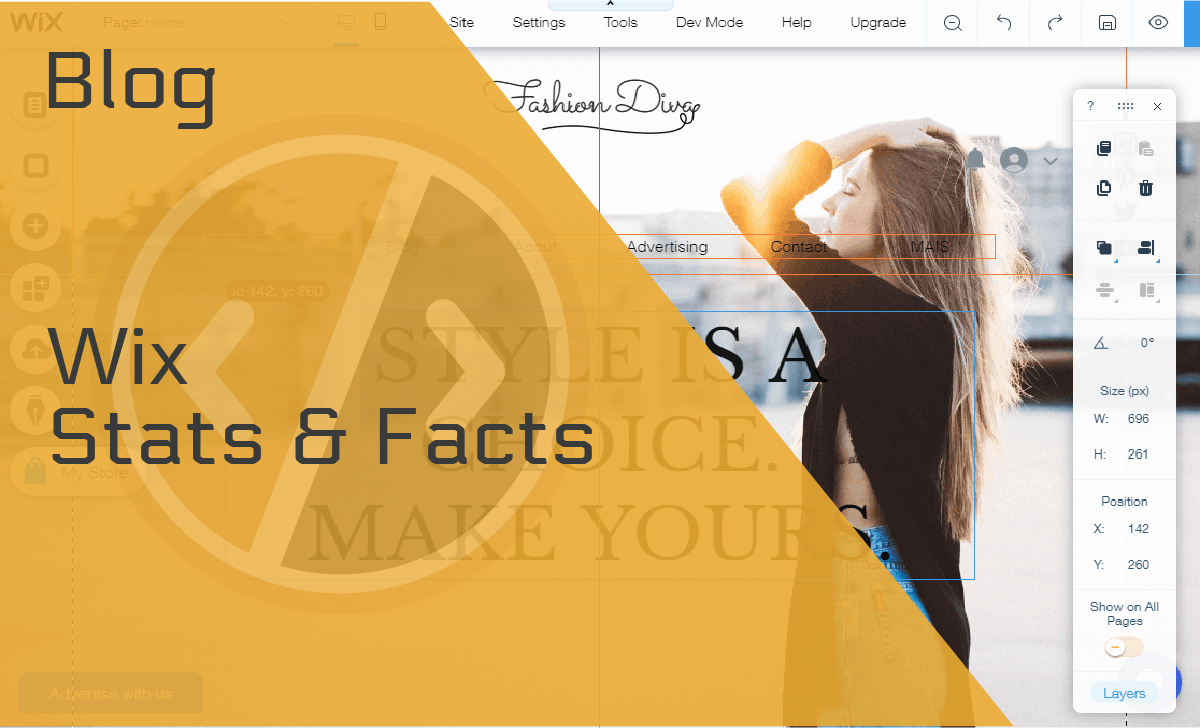 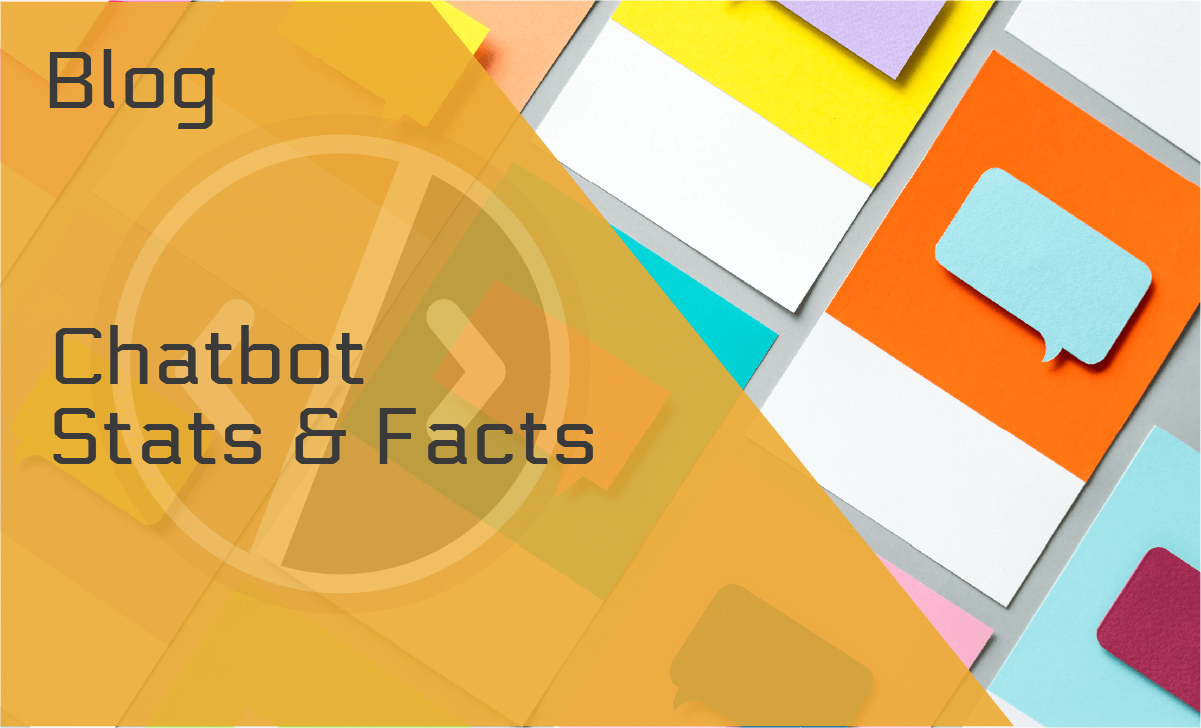 23 Jaw-Dropping Chatbot Statistics You Need to Know in 2020 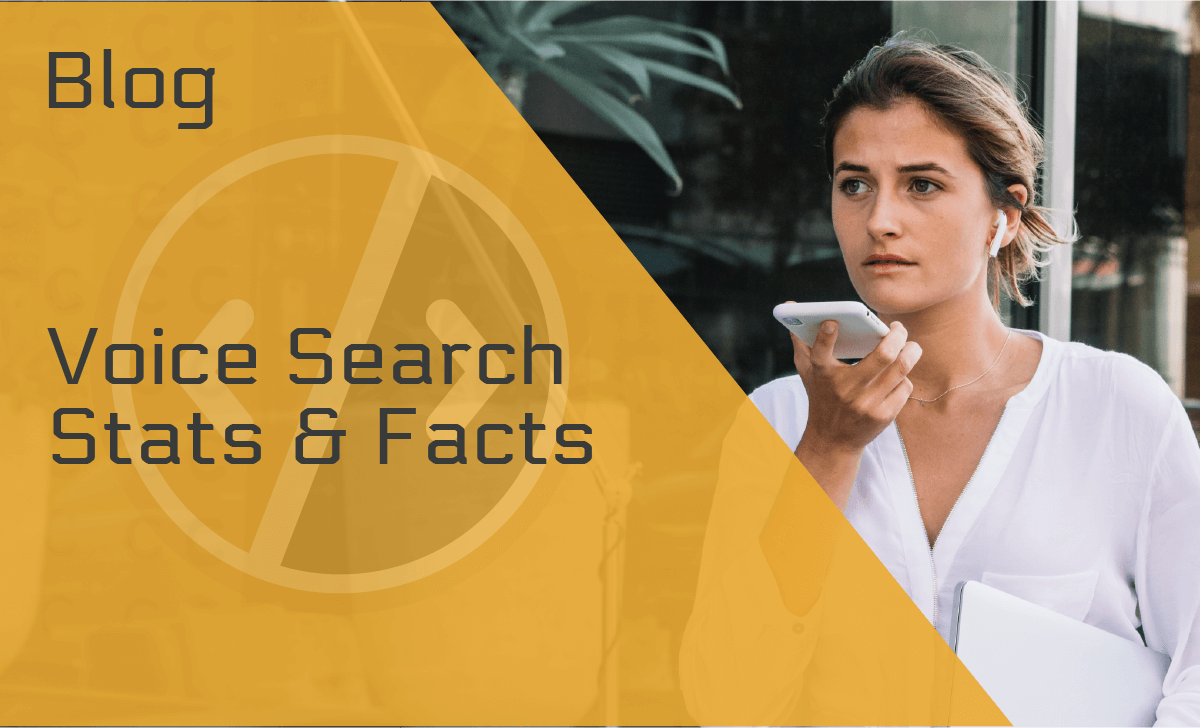 29 Voice Search Statistics & Facts That Will Surprise You 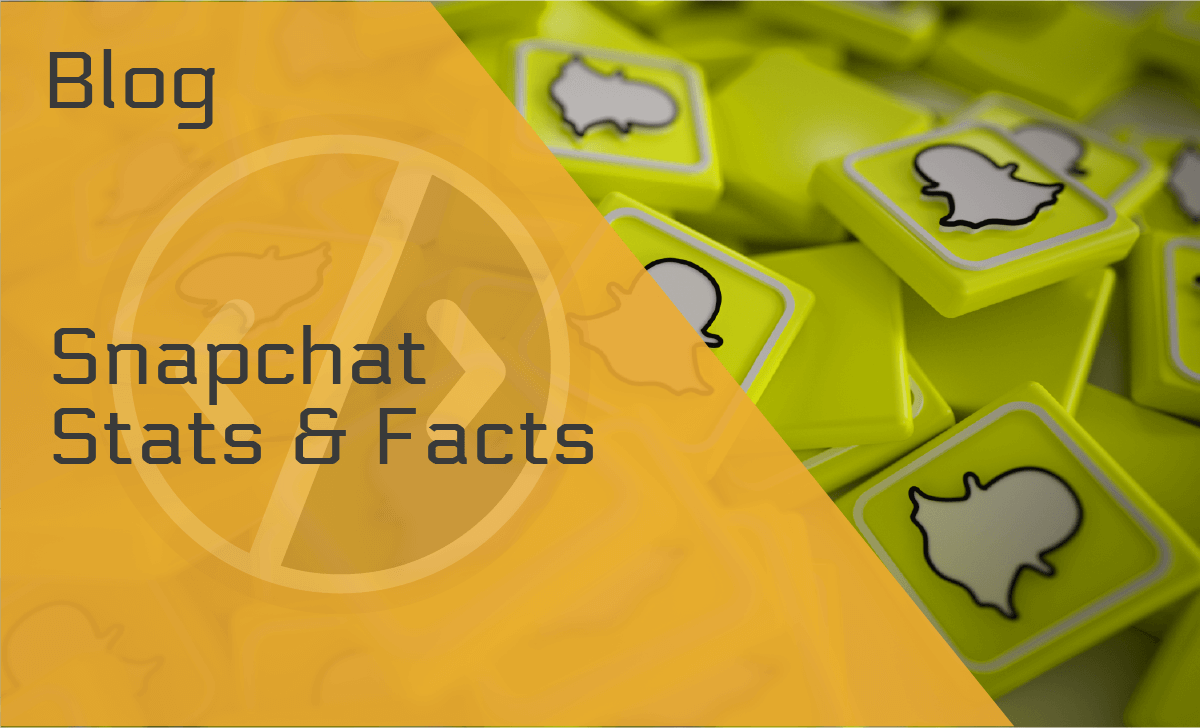 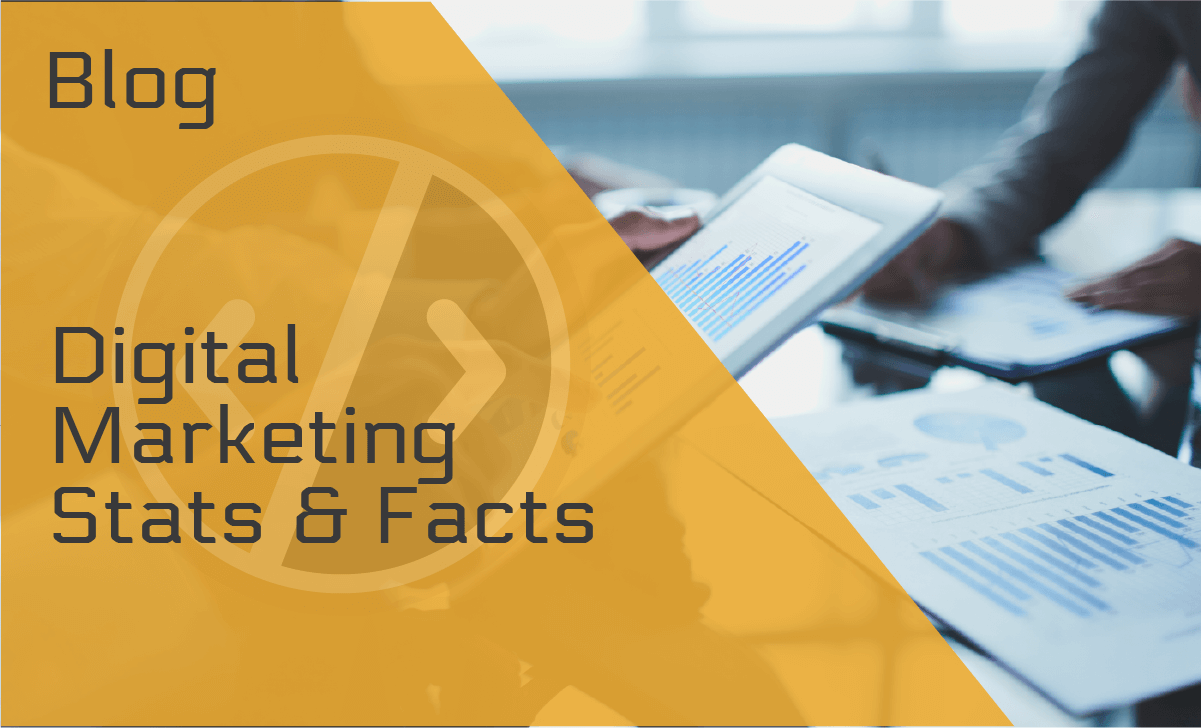 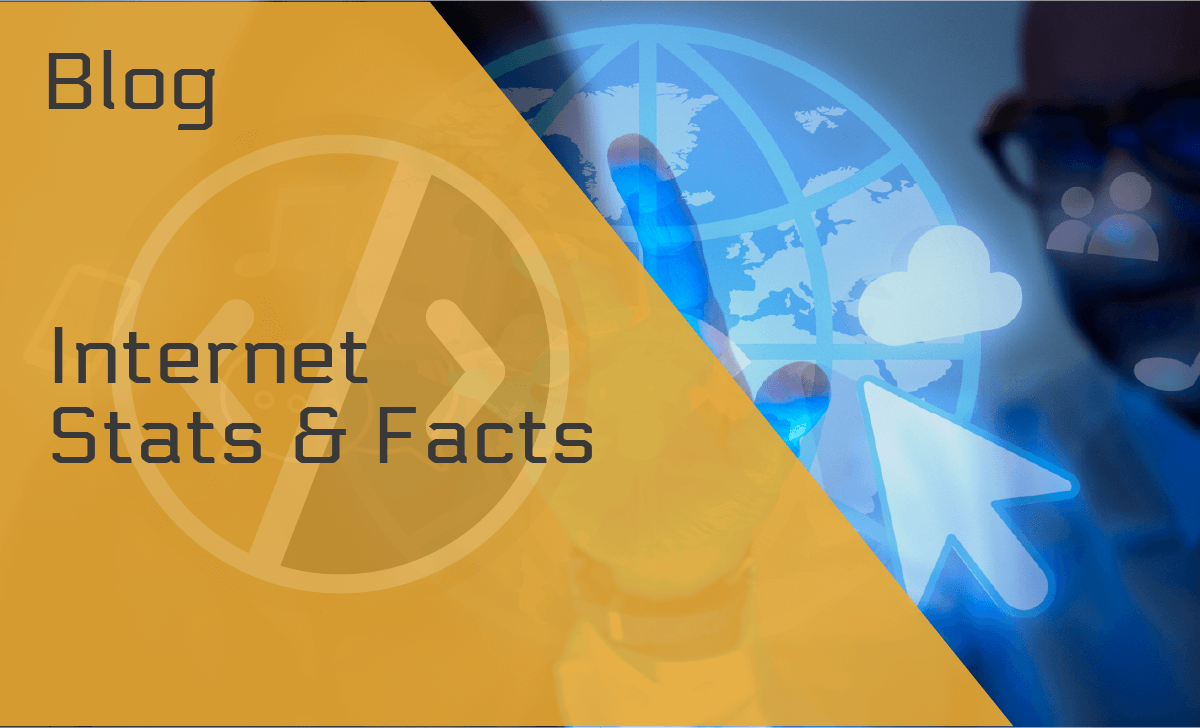