With billions of dollars thrown into it every year, pay per click (PPC) advertising has become the bread and butter of digital marketing. In order to help you better understand its role and potential in the modern world of sales, we’ve compiled a list of PPC stats and facts for 2020.

PPC has become the staple of digital advertising, and for good reason: it’s one of the best ways to reach new customers and increase sales.

Before we dive into the list, we want to be clear that PPC isn’t only for the big companies that can afford to invest millions of dollars into it. The benefits for small and medium businesses can be great without obscene investments, as you’ll see below.

Over 7 million advertisers invested more than $10 billion total in pay per click ads during 2017. Considering that the overall global revenue in this sector was estimated at $170.5 billion just two years before, the investments are more than justified.

3. The average PPC salary has increased by nearly $2,000 compared to last year.

Data taken from PayScale shows that the average PPC advertiser’s salary was $49,491 per year for those in managerial positions, which was $1,509 less than what WordPress developers earned annually. In 2020, the average salary for the same position is $51,503. The hourly average pay for PPC advertisers is $19.65 compared to 2019’s $16.66.

5. An average small to medium business spends $9,000 on PPC per month.

Average PPC expenses for small and medium businesses range between $9,000 and $10,000. On a yearly basis, an average business invests up to $120,000 total in this form of marketing.

In 2019, the trend of rising PPC marketing expenditure has only continued. 40% of major brands around the world have decided to increase their budgets last year and improve their PPC links.

Reaching the first page of Google search for a specific term organically is a difficult task that can take months, if not years, to achieve. Paid ads are a much quicker way to reach an audience, and the data favoring this statement shows these ads increasing brand awareness by 80%.

With this in mind, would it surprise you to know that Netflix, Coca Cola, and Pepsi spent over $8 billion on branding in 2018?

Even though more than half of the users who run into a text ad avoids clicking it, 49% still do. The most attractive ads are related to shopping—PPC statistics point out that 31% of people click on these. Video ads attract 16% of internet users.

9. 75% of users click on ads to find relevant information.

The majority of internet users clicking on ads say they do so in order to find the information they’re searching for more easily. A third of them find ads to be effective at providing the information relevant to their search.

10. The likelihood of PPC visitors making a purchase is 50% greater than it is with organic visitors.

Advertising through pay per click leads to more traffic, which leads to more sales. In fact, PPC is so effective in attracting new customers that organic traffic doesn’t come anywhere close. The conversion rates are 50% higher with PPC leads.

However, there is always an exception to the rule. In this case, the exception is Shopify, which, according to Shopify statistics, thrives from organic traffic. The platform’s paid traffic accounts for only 6.58% of all its traffic.

11. 41% of all clicks go to the top three paid advertising positions.

Splurging to get your ad among the top three Google search results pays off big time. Data that takes users across the globe into account shows that nearly half of all clicks go to the first three paid results, according to the AdWords statistics.

12. Paid ads get 65% of clicks for high commercial intent searches.

With high commercial intent searches—i.e., when internet users are specifically looking for a product or service to buy—65% of all clicks go to the paid ads. Buyers seem more comfortable with businesses that invest in ads than in those who solely rely on organic traffic.

Ad blockers are one of the greatest enemies of PPC advertising. With estimates showing that 11% of all internet users block ads, a large chunk of the market is out of reach for marketers. Further jeopardizing pay per click revenue, recent research shows that this number could increase significantly in the near future, with nearly half of all internet users using ad blocking software. Ad cluttering, which 54% of marketers see as the greatest enemy of a good user experience, may further contribute to an already high number of users relying on the software.

Facebook and Google are the most popular options when it comes to digital advertising. 56.8% of all digital ad spending goes to these two advertising platforms. This shouldn’t come as a surprise since 71% of all global searches go through Google, while Facebook has over 2.5 billion monthly active users. You can see more Facebook and Google Ads statistics in the next section of this text.

15. YouTube ads are responsible for 43% of new customer purchases.

With almost half of all new customers making a purchase because of a YouTube ad, advertising your products or services here is the right choice. Additionally, YouTube stats reveal that 70% of consumers want to learn about brands’ products on this video platform.

With the latest Facebook statistics showing that the social media platform has 2.5 billion monthly active users around the world, the potential Facebook has for advertisers is unmatched. The pay per click leads resulting from Facebook’s data are invaluable.

On top of that, Facebook ads are budget-friendly, considering that in order to reach 1,000 people through newspapers, for instance, you’d have to pay $32, whereas accomplishing the same with Facebook would cost you $0.25.

18. An average American spends 58 minutes on Facebook every day.

According to statistics that take only Android users into account, an average user from the US spends almost an hour per day on Facebook. During this time, the number of clickable ads they see is immense, creating an opening for great PPC results.

19. Facebook users see at least one ad every 2 minutes.

At least one ad is displayed in a Facebook users’ feed every two minutes—both in the app and on the website. If we consider the previous statistic, we can easily conclude that an average user from the US sees around 30 ads per day.

21. Google AdWords has changed its name to Google Ads.

Even though we still commonly refer to Google’s ad service as Google AdWords, the service got a fresh coat of paint in July 2018, when a new logo and the name Google Ads were implemented.

22. 96% of Google’s revenue comes from advertising.

Without ads, Google wouldn’t exist. In 2019, Google stats show, the company’s ad revenue was $134.8 billion. The importance of ads in this business is best seen in the number of companies that nearly or completely failed because they didn’t implement ads.

Pay per click statistics tell us that, for every dollar invested in Google ads, an average business earns two. Not many advertising mediums can brag about having a 200% ROI, except for email marketing, which has an even higher ROI – $43 per every dollar spent.

Due to the threat that ad blockers present, plenty of business owners are still wary of investing large sums of money in online advertisements. However, with their ads reaching 90% of internet users, Google Ads shouldn’t be a source of concern or doubt.

Internet users will most likely click on the ads they find during their Google searches. Even though Google reports low click-through rates, 63% of people say they trust Google to display ads that are relevant to them—and they say they’d click them.

The Industries That Spend the Most on Advertising Through Google Ads

26. The finance and insurance industry is the biggest spender when it comes to advertising.

The estimated yearly spendings on Google Ads for some of the biggest companies in this business are as follows:

Here are three of the biggest spenders according to 2018’s PPC statistics:

28. Some of the best Google Ads customers can be found in the travel and tourism sector, which takes third place.

29. Even those in the education sector use PPC to their advantage.

Here are some of the entities with the biggest yearly spendings:

The businesses we visit when we need to improve our home also invest in Google Ads and PPC:

31. Keywords that include the word “insurance” can be quite costly.

Phrases such as “insurance quotes,” “buy car insurance online,” and similar popular variations have an average cost per click of $54.91, making “insurance” the most expensive keyword Google Ads has to offer.

33. Third place among the most expensive Google Ads keywords category goes to “loans.”

Keyword phrases such as “college loans” or “best consolidation loans” cost $44.28 per click.

The legal field is highly competitive, and it shouldn’t surprise those in the business that the cost per click is high. Keywords such as “DUI attorney fee” and “personal injury attorney” cost $47.07 per click.

35. We return to the realm of finance-related words with our fifth and last most expensive keyword, “credit.”

“Buying home with bad credit” and “home equity line of credit” are the keywords that cost $36.60 per click.

Even though it can get expensive (in some business sectors more than the others), PPC ads are definitely a worthwhile investment. And the PPC stats we’ve shown you here prove it. Our goal was to address any questions, doubts, or concerns you may have had about PPC advertising. With the benefits PPC delivers, there’s no reason to resist adding it to your business’s advertising strategy.

How effective is PPC?

A PPC ad’s effectiveness depends on numerous things. Some of them include the keywords used, the landing page, and the ad copy. If these—as well as other basic criteria—are satisfied, PPC can be highly effective for any business that sells services or products online.

The typical rate of running a PPC ad is $1 to $2 per click. For some industries, the rates go as low as a few cents per click. The higher the competition for the keyword that triggers the ad, the higher the cost. Highly competitive fields, such as law and real estate, can cost a business an arm and a leg for every ad click.

What percentage of clicks do PPC ads get?

The average click-through rate for Facebook ads is somewhere around 0.1%, give or take. Google is doing significantly better, with a CTR of 0.4%. Even though the percentages seem low, the number of people who see the ad determines the success of the ad campaign.

What is a good ROI for Google AdWords?

Any business that expects a quick return on their investment in PPC will likely be disappointed. The revenue highly depends on the time of year, what audience is targeted, and how effective their own website is, as well as factors related to the economy of shoppers. A gross margin that ranges between 50% and 100% of the invested funds can be considered a good ROI for Google Ads.

How much do PPC ads pay?

When PPC ad implementation is conducted properly, using the best advertisers available, statistics show that businesses double their investment. We mentioned that $120,000 was the average yearly investment amount, and that amount can bring $240,000 in new business.

30 Key Cyber Security Statistics to Be Aware of in 2020 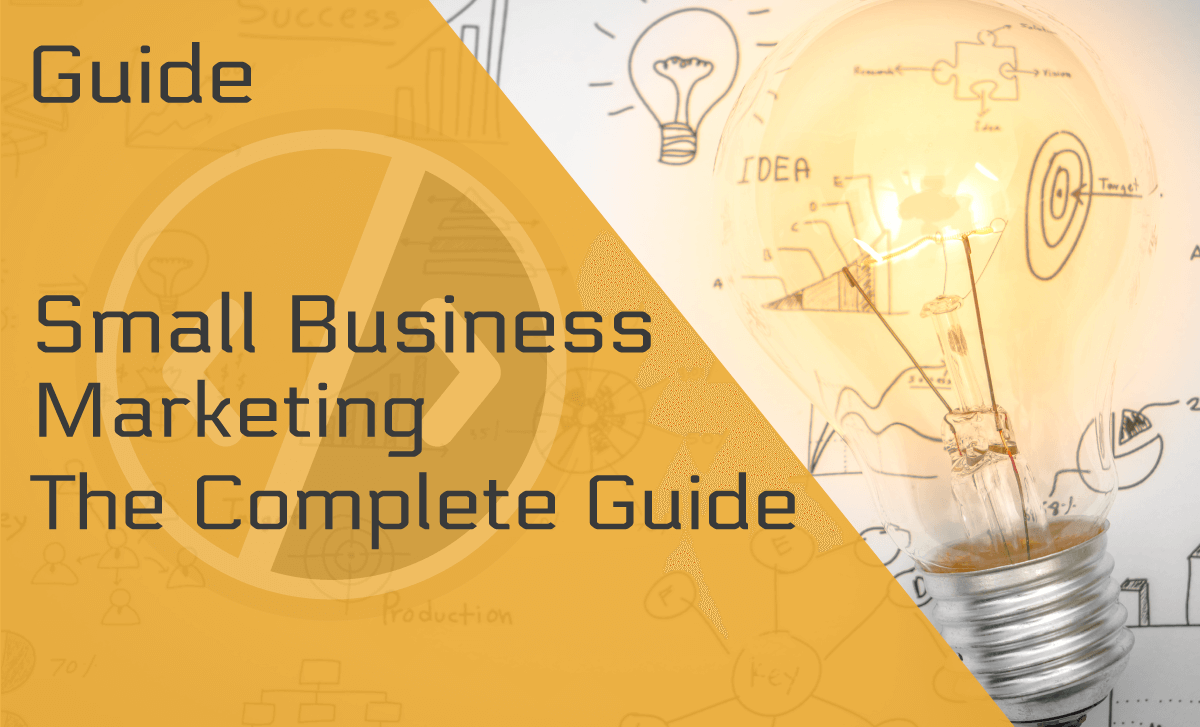